Today (5 Feb. 2012) in the Sunday International Buffet, Chef Richard is making a very popular dish that I’ve blogged about before – Karen Resta’s Cowboy Potatoes!  Here is that blog:

The Cowboy Potatoes were inspired by a recipe that Karen Resta included in her blog entry entitled ‘What Small Potatoes We All Are, Compared With What We Might Be!’ – and it is a great read.

In Karen’s blog, the recipe is described as ‘Hungarian’ – not Cowboy – but following a bit of back-and-forth it became ‘Cowboy’ instead of ‘Hungarian’ Potatoes. First, because the recipe called for paprika, which here in Burundi is awful. Second, since the hotel buys whole carcasses of beef and other meat – sort of ‘cowboy-style’ – and third, because the beef broth called for in the recipe was made from ‘fresh’ bones and leavings – down-to-earth Cowboy-style.

Note from Karen on the recipe:

Diana, it makes sense as ‘Hungarian’ only because of the paprika, which can be increased to taste. I often add more. Also, tell Richard that the tomato can be replaced by a touch of tomato paste in a pinch and also that diced green peppers make a nice addition too if there are extra ones around. Ground beef or sausage can also be added (browned ahead of time of course) if there is someone eating this as a main course who needs to see meat in the dish because if it is not there they refuse to believe that they are actually being fed.

Richard insisted that the dish be named in honor of Karen, since she had put it in her blog.

Half a beef, fresh from the abattoir

Preparing beef broth for the recipe 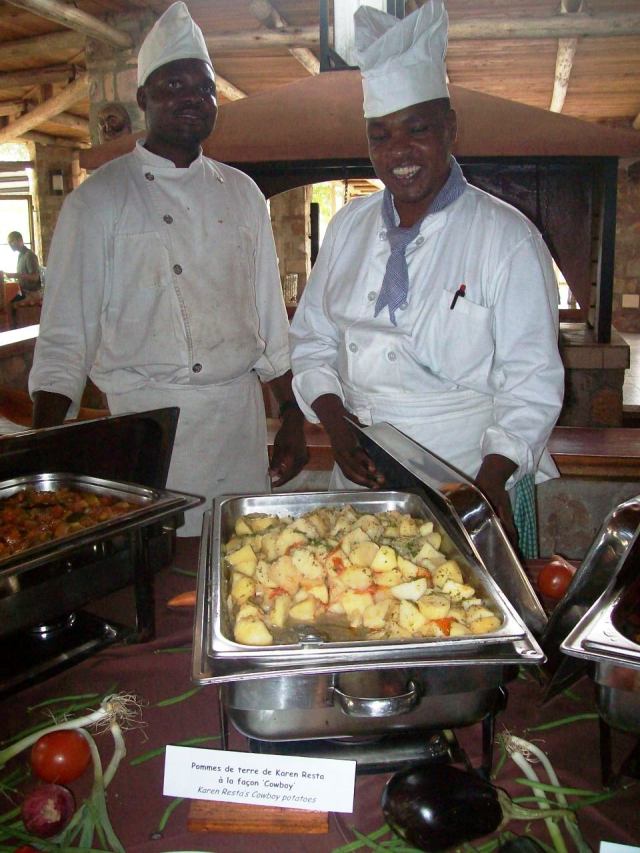 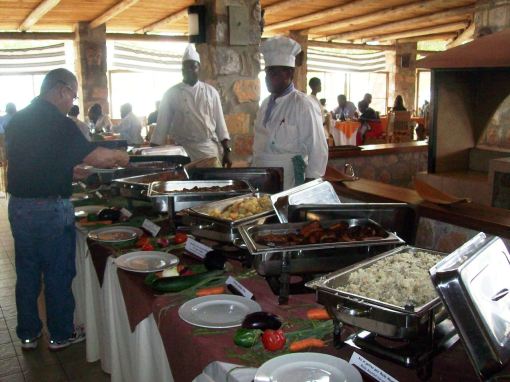 Thanks, Karen! (Chef Richard in his Christmas hat…) 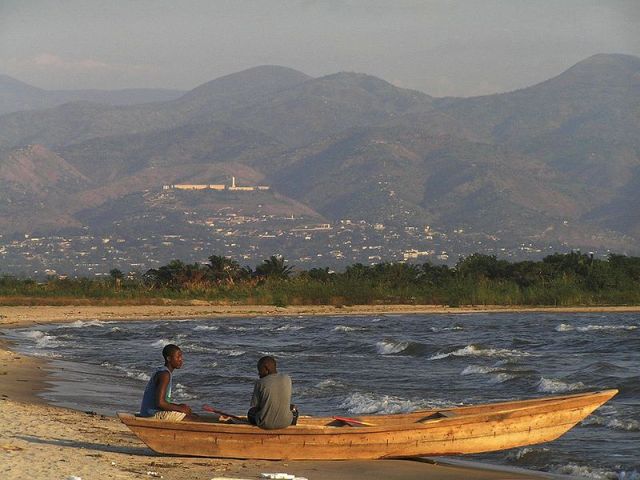 A view of Bujumbura, the capital of Burundi, from ‘our’ beach. The white building above Bujumbura is the old Jesuit university. To go upcountry, the road zigzags up the quite steep hills. Picture source: Wikipedia

With a group of BaTwa (pygmy) women potters, with whom we've worked to enhance production and sales of their wonderful pots - fantastic for cooking and serving. To see the 2 blogs on this work enter 'batwa pots' into the search engine located just above this picture. Blog entries throughout this site are about Africa, as well as about the Middle East and life in general - reflecting over 35 years of work and research in Africa and the Middle East – Come and join me!
View all posts by dianabuja →
This entry was posted in Africa-Central, Burundi, Cuisine, Food, Hotel Club du Lac Tanganyika2, Living here, Recipes, USA and tagged Burundi, Cowboy, Meat Loaf, Potato, Tanganyika. Bookmark the permalink.