This is an amazing Roman site in Portugal, built by a Roman tin trader. As the author of the blog says –

The IPPAR‘s excavations at the Centum Cellas Tower, undertaken between 1993 and 1998, revealed that it was not a single isolated building but part of a larger and more complex group of structures, including rooms, corridors, staircases, cellars and courtyards.

The tower appears to be the best-preserved part of what was the villa of Lucius Caecilius (according to a dedicatory altar found on the site), a wealthy Roman citizen and tin trader who built his villa here at the beginning of the first century AD, under the supervision of a qualified architect who knew Vitruvius‘ building techniques…

The Tower of Centum Cellas (also known as the “Tower of St. Cornelius”), located in the municipality of Belmonte in Portugal, is one of the most enigmatic monuments from the Roman period to be found in the country. These majestic ruins were part of a large Roman villa from the first century AD, situated on the road that linked Augusta Emerita (Mérida) to Bracara Augusta (Braga).

This rectangular building, made of pink granite blocks, appears to have had three levels with openings of various dimensions. It was thought that it was once a temple, a prison with a hundred cells (hence the name), or possibly a praetorium (the headquarters of a Roman camp), and a building part of Roman villa. 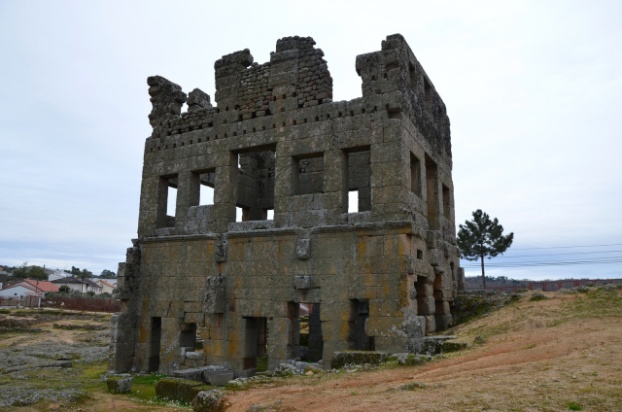 The IPPAR‘s excavations at the Centum Cellas Tower, undertaken between 1993…

With a group of BaTwa (pygmy) women potters, with whom we've worked to enhance production and sales of their wonderful pots - fantastic for cooking and serving. To see the 2 blogs on this work enter 'batwa pots' into the search engine located just above this picture. Blog entries throughout this site are about Africa, as well as about the Middle East and life in general - reflecting over 35 years of work and research in Africa and the Middle East – Come and join me!
View all posts by dianabuja →
This entry was posted in Europe, Medieval, Portugal, Roman Empire and tagged Archaeology, Europe, Portugal, Roman merchants, Tin trade. Bookmark the permalink.

1 Response to The Roman Tower of Centum Cellas, Belmonte (Portugal)